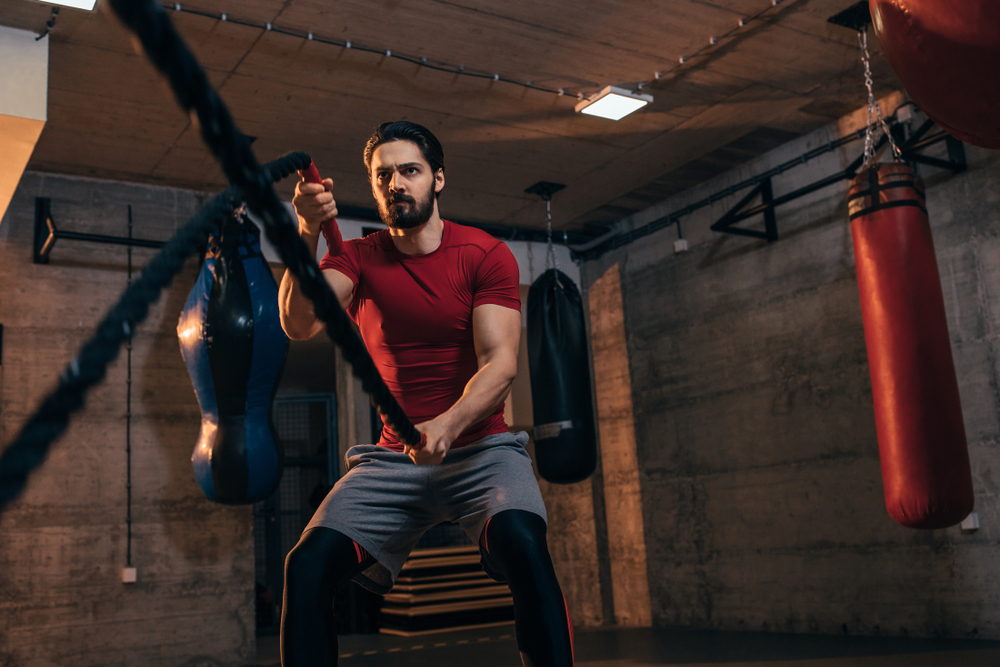 As a kid, the ropes you used for the tug of war have now been modified in a way that they can be used as an equipment for building muscle and blasting calories at the gym. The battle rope exercises below are effective for increasing both lower and upper body power production, activating your leg muscles, as well as strengthening your shoulders, arms, and abs. What’s more, is that you would get high-intensity conditioning simultaneously. The battle rope exercises can be catered to any fitness level, so even athletes with joint issues can maintain low impact with any of the movements.

The battle ropes are often underrated, but they are an effective tool for training your upper body. So, you can try executing any of the following exercises with battle ropes from the comfort of your home. You can shop online for battle ropes and be sure to get one that comes with anchors if you are a beginner and you do not want to go through the stress of setting up your battle ropes without an anchor.

This exercise with battle ropes is excellent to add to your arm day workout as it is a movement that requires robust power and coordination. When performing this exercise, you would feel the burn in your back and arms, as well as your shoulders. Your glutes and legs are also targeted by the squats. These are the steps to perform the alternating jump wave;

Yes, you can perform jumping jacks while using the battle ropes. This would work the smaller muscles in and around your shoulders in addition to jacking up your heart rate. The burn of this exercise will be felt in your obliques and core. These are the steps to perform the jumping jack with battle ropes; 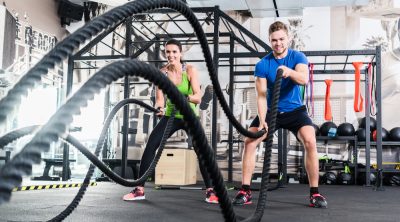 This is a movement that places a lot of emphasis on your grip strength and back. You can use your leg only when necessary while trying the make the circles as big as possible. It would be best if you kept your momentum as high as possible all through the movement as slowing down would make it harder to get the ropes moving again because they would start feeling heavier. These are the steps to perform the alternating wide circles;

This movement is one that works your core and lower body in addition to strengthening your core. It is particularly useful for barbell athletes because it recruits the same muscles as the clean and jerk or the thruster. Focus more on your form with this movement rather than going for HIIT style. You know you have to stop when your form breaks. These are the steps to perform the squat to shoulder press;

You can tire your muscles out quickly by performing power slams as they provide a total-body plyometric burn. You can crank up the benefits of this movement by adding an explosive lower body element. These are the steps to perform the jumping power slams;

It is a well-known fact that skipping and jumping are traditional moves for burning calories, although you can perform other actions with a rope. You can use a battle rope to ramp up the heft factor and see results in terms of sculpting muscles, boosting metabolism, and losing fat. You can confidently introduce this rope for your training. The benefits of battle ropes are far from basic if you can use them correctly. These are the benefits of battle ropes;

They are fun to use

It can be monotonous to keep using one set of equipment each day to perform the same reps. When this happens, you will start finding it difficult to keep up with your exercise program. Battle ropes help to keep you from developing exercise rut in addition to combatting boredom. Pulling and throwing the ropes has a childlike playfulness attached to it, which is the reason you won’t notice the intensity of each workout. 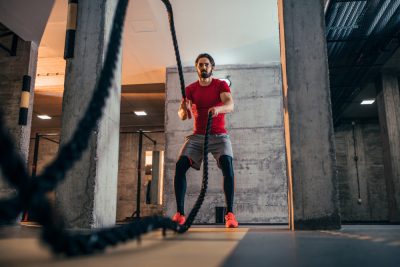 To pull and lift ropes, you need to have a kind of balance that needs and boosts stability in both your lower and upper body. All that is because of the dual-force dynamic, which is a combination of the force created by the rope waves and gravity; this enhances your body’s response to the load physiologically. You power the force of the ropes coming down, which is why you are less likely to sustain injuries because you are not trying to create a resistance to a higher level of force. Progression is still possible as you don’t have to increase the load as you progress like with dumbbells. As your power, endurance, and strength grow, so does the level of your training intensify naturally.

A functional benefit of utilizing battle ropes is that they improve your range of motion. Training with these ropes regularly will help improve the movement in your feet, ankles, knees, core, hips, and shoulders in addition to improving the mobility in your grip. When you have increased mobility, you will find it easier to carry out day to day activities in addition to having a more efficient training.

All functional exercises work your muscles, but the battle ropes have an edge as they target those weaker muscles that are not carried along by traditional training routines. In a series of slams, whips, and waves, battle ropes can train a lot of muscle groups as they can be manipulated side-to-side, up and down, and in circles. The type of grip you use determines which muscles are worked; you can use an overhand grip for lateral or circular movements, while an underhand grip focuses on your biceps.

A battle rope study showed that you could burn 112 calories in just about 10 minutes of swinging the battle ropes; this is undoubtedly soothing to the ears of people that love functional fitness. The energy expenditure and high heart rate cause an increase in cardiorespiratory fitness; this is more when you use battle ropes in HIIT (high-intensity interval training). It is a great metabolism booster that is a favorite among footballers, fitness trainers, and all exercisers.