Dehydration: Can It Cause Erectile Dysfunction?

Dan Mcgowan June 25, 2020 6:51 am
The Lowdown on Getting Tested for Erectile Dysfunction

Dehydration is simply the extreme loss of body water; it’s a significant loss of body fluids that can disrupt normal bodily functions. Dehydration occurs when your body doesn’t have enough water, and as a result, it doesn’t function properly.

Dehydration occurs when you lose fluid, and you don’t replace the lost fluids. When the normal water content in your body is way lower than the normal, it upsets the balance of minerals in your body and would affect the way it functions.

The human body contains about 75% percent of water, and without this water, it cannot survive. Although water is continuously lost through sweat, urine, and even by breathing, we can replenish the lost fluids by drinking enough fluid.

Some signs of dehydration include:

Dehydration is mainly caused by not taking enough water or losing too much water, and sometimes, a combination of both.

Sometimes, it’s beyond us to consume enough fluid, probably because we lack the facilities or are in a place where potable water isn’t available.

Additional causes of dehydration include:

This can lead to dehydration faster than you may think, and it also makes it difficult to replenish the water by drinking it. Because drinking water might only fuel up the sensation to throw up again, continuing the cycle again and again. 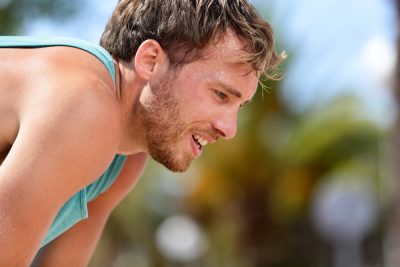 Hot and humid atmospheres can force the body’s cooling mechanism to release a large amount of water. Similarly, engaging in vigorous activities such as weight lifting or exercises can cause a drastic increase in the loss of fluid from sweating.

Also, fever can lead to excess sweating, most especially if it’s accompanied by diarrhea and vomiting, it can cause dehydration.

If you have a fever, your body will try to regulate temperature by losing fluid through your skin’s surface. Fever can cause you to sweat a lot, and if you don’t drink enough water, you can quickly get dehydrated.

This is the most common cause of dehydration and can sometimes lead to death. The large intestine is responsible for absorbing water from food matter, but when you have diarrhea, this process becomes impossible.

The body then excretes too much water without taking in any fluid, and this leads to dehydration.

High blood sugar levels can lead to frequent urination, and this can cause dehydration.

Severe burns can damage the blood vessels, and if not treated fast and properly, can lead to the leaking of fluids into the surrounding tissues.

Most times, it’s caused by diabetes, but in some instances, excess drinking of alcohol, the use of medication like diuretics and blood pressure medications can cause urination, and this can cause significant fluid loss.

Dehydration can happen to almost everyone, but some certain groups of people are more susceptible to:

However, if dehydration is not treated quickly, it can lead to some complications like:

A condition where the penis cannot maintain an erection as a result of a drop in blood level, resulting from dehydration.

Less blood leads to a drop in blood pressure and also a reduction in the oxygen getting to the tissues. When there is a restriction of oxygen, it can be life-threatening.

Seizures occur when there is an imbalance in electrolytes. The inability of the body to function properly would result in conditions like this.

This ranges from mild cramping to heatstroke.

How to Treat Dehydration

Dehydration can be treated by the intake of a significant amount of water to replenish the fluids your body has lost. This can be done by the intake of water, ice pops, or sports drinks like “Gatorade.”

For some patients, it may require more than taking water or fluid; they usually require intravenous fluids to rehydrate. When dehydrated you should avoid coffee, sodas, anything with caffeine is off the menu.

It’s also important to know the exact cause of dehydration so that the underlying condition can be treated as well. With the proper medication, you would feel as good as new in no time.

It is way better to avoid dehydration, as this is the best treatment for dehydration. Increase your intake of fluids and diets that have high water content – vegetables and fruits – as this would prevent dehydration.

It would be best if you also were cautious of the weather before engaging in strenuous activities. And if you must still exercise or do activities in extreme heat, make provisions for the immediate replenishing of fluids.

Reduce your intake of drinks that contain caffeine, and for older people, it’s not advised to take caffeine-related drinks at all.

The elderly and tender in age have a higher risk of being dehydrated, so utmost attention should be given to them to ensure that they are properly hydrated.

Relationship between Dehydration and Erectile Dysfunction

You should know that staying hydrated can be likened to how you change the oil in your car, and failure to do so, your car would knock. Now, that’s very relative to your body, failure to keep your body properly hydrated can cause it to break down.

You might try and ignore the signs such as dizziness, fatigue, and muscle cramps, but the effect of dehydration doesn’t just end there. Dehydration can lead to a decrease in performance at your place of work, at the gym, and eventually in the bedroom.

Yes, you read that right; there is a strong connection between dehydration and erectile dysfunction. 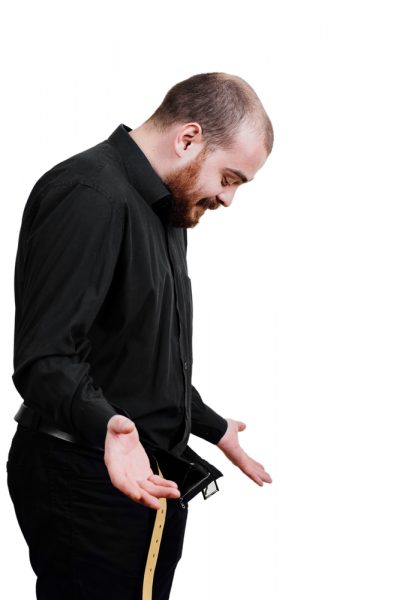 Erections aren’t as simple as you may think, so many different systems work together for a man to keep an erection long enough for intercourse. And hydration affects many of these systems.

Dehydration by 2% affects the memory and even cognitive function, while 4% causes an increase in temperature, negatively impacts strength, causes irritability, and decreases performance.

Many of these would affect performance in the bedroom, but the “major player in having a boner is blood volume.”

Erectile dysfunction is a condition where you cannot maintain a firm erection as a man; sometimes, you might even experience difficulties in getting an erection.

Dehydration is one of the several causes known to cause dehydration. Dehydration affects how much oxygen is released to the penile tissues, and it lets out a hormone that restricts the flow of blood to the penis.

When there is a decline in the required amount of blood found in the penis, the erection becomes difficult to have and maintain.

Being fully hydrated equals a higher blood volume. The higher your blood flow, the better blood flows throughout your system, your penis inclusive. So, being dehydrated causes a reverse process. Men who have erectile dysfunction experienced a decrease in their penile saturation.

When the level of fluids in your body drops, it causes the release of a hormone – angiotensin – which tightens blood vessels. This would lead to an increase in blood pressure and limit blood from flowing to the penis.

Another symptom of dehydration that can lead to erectile dysfunction is the emotional aspect. Mild dehydration can negatively affect your mood, and sexual desire is physiological. When you are feeling sad or depressed, it can cause a decrease in sex drive.

How to Treat Erectile Dysfunction

Speak to your doctor if it would make you feel better because an anxious mind can affect erectile function.

In most cases, treating erectile dysfunction has to do with treating underlying symptoms. It can be as simple as drinking water – if it’s a case of dehydration or can involve taking certain medications to lower blood pressure.

But if it doesn’t help, you can use supplements to combat erectile dysfunction directly.

Treatments for erectile dysfunction include supplements/boosters, oral medications, and vitamins. Specific vitamins such as ginseng have been recorded to help with ED.

Lifestyle changes would also result in a healthier erection function, leaving a healthy lifestyle can even prevent erectile dysfunction from happening.