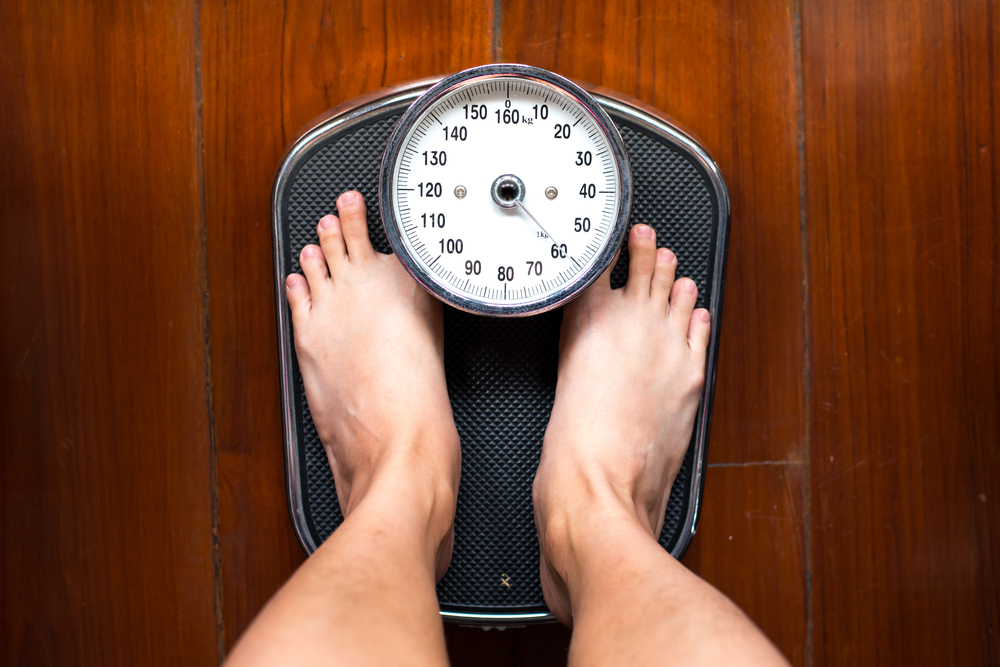 Dan Mcgowan July 13, 2020 2:31 pm
The Lowdown on Getting Tested for Erectile Dysfunction

It’s a common misconception that men aren’t as concerned with their appearance as women are. But although men are less likely to disclose how they feel about themselves, body image is certainly interlinked with self-esteem.

For men, this may be in relation to their height, whether they have a full head of hair, or indeed, their weight.

Considering that having a healthy body image is as important for men as it is for any other person, what happens if you find that you’re gaining weight? Or, maybe you don’t wish to do anything that you’ve heard may alter your weight drastically, such as taking testosterone?

The significance of body image

Body image refers to the way in which we think and feel about our body’s appearance. This can stem from our own internal view of ourselves, or it can be related to how we believe the outside world views us.

If you’re seeking to create a more positive body image, or you wish to maintain the one you have already without doing something to sabotage it, being faced with the choice of whether or not to take testosterone can pose a dilemma.

After all, testosterone itself has many benefits. From powering up your sex-drive and libido, increasing the size and definition of your  muscles, to increasing the strength and density of your bones.

Which is why it can be a very difficult experience to navigate if you struggle with low testosterone levels, which essentially leads to the opposite of these benefits taking effect.

And it becomes further complicated still, because you may coincidentally hear that it also leads to weight loss.

Testosterone plays a crucial role in metabolism, helping men to burn fat more easily. For this reason, not having enough of it typically leads to men being overweight, as they’ll have a higher percentage of body fat.

But it’s not a one way link, where low testosterone equates to excess weight. The testosterone-weight connection also goes the other way, whereby losing weight can cause an increase in testosterone.

This was discovered in a study of how weight loss impacts testosterone levels, which can be found in the European Journal of Endocrinology. 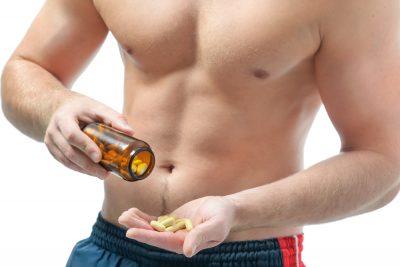 And then there are the instances in which it’s the opposite altogether. Another study that was specifically looking at obesity found that men with low testosterone took testosterone replacement therapy over a long period, did eventually lose a fair amount of weight.

Considering there are many variables and possible results, what exactly is most likely to cause weight gain in relation to testosterone levels, and can you use it to decide whether TRT is for you?

You may notice that as men get older, or generally put on weight regardless of age, it’ll typically show in their midsection the most.

And this is another example of the link between testosterone and weight not being one way, as it won’t only happen that low testosterone leads to weight gain. But also, excess weight leads back to a further decrease in testosterone.

This happens for many reasons, all forming a chain of events in the body. One being that there’s an enzyme in body fat which turns testosterone into estrogen.

Estrogen is a hormone which although men do have in tiny amounts, women produce in much larger quantities because it’s pivotal to the development of their reproductive system. When men have too much of this hormone due to their testosterone being converted, they’ll also have a lot more belly fat.

And the more excess fat a man has, the faster the enzyme turns this into estrogen, as your body continually speeds up in burning through your testosterone, converting it into estrogen as it goes.

Ultimately, having low testosterone, putting on too much weight as an effect – which then lowers testosterone further – ends up creating an unfortunate cycle.

Additionally, it’s worth noting that even if a man isn’t overweight, if he does have low testosterone then it’s highly probable they’ll have a larger percent of body fat, and less muscle mass than is considered the norm.

Gaining weight from taking testosterone is a different process to when you gain weight because of low testosterone.

Part of the initial weight gain experienced won’t necessarily be due to excess fat, but water retention. Additionally, some of the gain is brought on by the testosterone beginning to build your muscles, which will show the difference in its definition.

But, it’s also due to your fat generally being redistributed. And as previously mentioned, because fat tends to be stored in the gut for men, they’ll probably find they feel quite bloated when they begin Testosterone treatment.

These side effects and fluctuations in weight are temporary, but it can be a relatively long process. Lasting for at least a year or more, before settling back down.

In time, it should lead to the body increasing it’s amount of lean body mass.

Although the increase in body mass may suggest that weight gain would be the final result, it should actually be the case that the reduction of fat, better metabolism and a healthy increase in exercise and weight training (which is heavily advised particularly when taking testosterone) would result in losing weight in the long run.

A study was conducted in 2013 (also included in the Obesity journal) during which men took testosterone over a 5 year period.

The results showed that losing weight was one of the more positive side effects of taking testosterone for men who were suffering with low testosterone. Additionally, on average they lost 36 pounds and saw a decrease of their waist by roughly 3.5 inches. 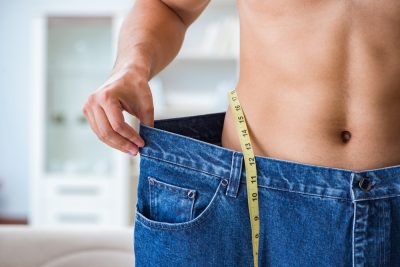 One reason why men may consider going on testosterone could be that whilst curtailing diet and increasing exercise will lead to loss of both fat and muscle; taking testosterone can help them to lose only the excess fat, whilst maintaining and building their muscle.

This conclusion was demonstrated in a study that was carried out on 100 men who were classed as being overweight. Their ages ranged from 20s up to 70s, all having low levels of testosterone.

A small percentage of them also had diabetes or heart disease, but overall, the participants were passably healthy.

At the beginning of the trial, the men had to adhere to a regimented diet of 600 calories a day. They were tasked with doing this for 10 weeks, during which they were also prohibited from having any alcohol.

In addition to this, they did 30 minutes of exercise each day. And after the initial 10 weeks, their diet was altered to follow the CSIRO Total Wellbeing Diet. This continued for 56 weeks (which was the length of the study).

Every 10 weeks during this, 49 men would be given testosterone injections, and 51 would take placebo. This essentially means they would think they were receiving some kind of treatment, but in actual fact, they weren’t being given anything.

Results from the study revealed an average 11kg decrease in weight for both groups of men. It also showed that weight lost by the men given testosterone, was only from their excess fat – contrary to the other group, they did not lose muscle mass.

Those participants who were given testosterone, were recorded to have lost 3kg more in body fat, as opposed to the rest of the men.

Other effects of taking testosterone

Although taking testosterone may be one solution for low testosterone levels, it does not mean it’s necessarily the best one for you.

In a lot of cases, unless one is experiencing low testosterone to such a degree that it’s having a large impact on their quality of life and health, treatment of this nature may not be required.

This is partially due to the fact that it has so many possible side effects. I.e. a serious decrease in how much sperm your body produces, a shrinking in the size of your testicles, excessively oily skin, and more.

One of the more serious potential side effects is its supposedly increasing chances of prostate cancer, which has been indicated by a few studies.

If you’re looking for a safer, more natural way to increase testosterone without risking adverse side effects, you may want to consider testosterone boosters instead.

Additionally, review your current lifestyle – there’s likely to be several things you can do to improve your health overall, which can be great for your testosterone levels.