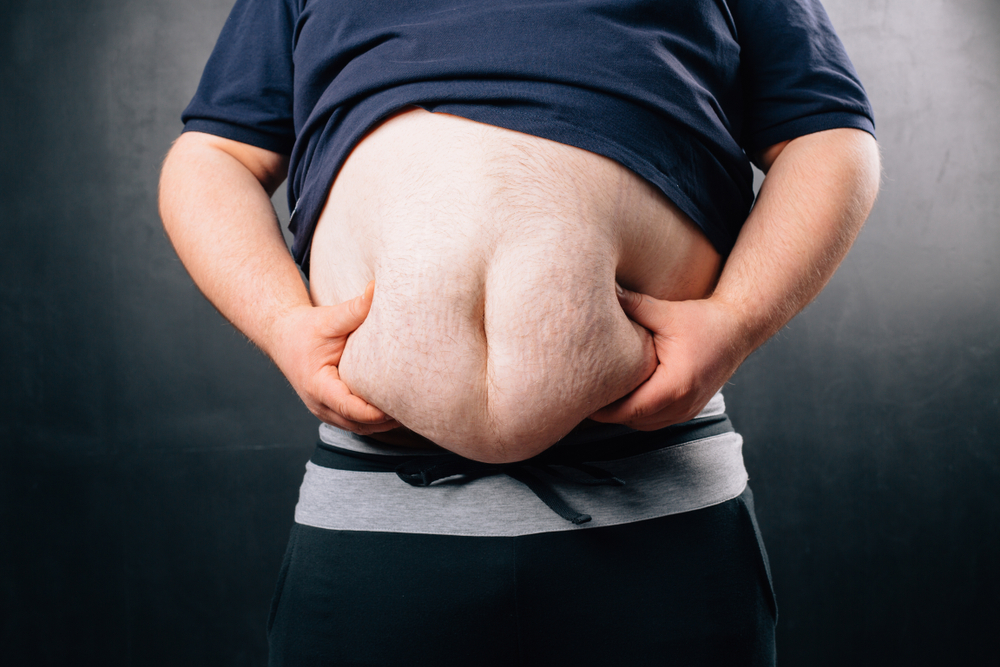 Joe Gates 0 January 13, 2020 3:22 pm
APPLE CIDER FOR WEIGHT LOSS
Everything You Need to Know About Taking Testosterone Therapy (But Were Afraid to Ask)
Does Constantly Jerking Off Lower Your Testosterone Levels?

Obesity, a medical condition characterized by carrying excess weight, is caused by lots of factors. Some under your control, some aren’t. A BMI of more than 30 is considered obese, 25 to 29 as overweight, 19 to 24 as a healthy weight, while below 19 is regarded as underweight.

In 2017, statistics show that about 2 billion people worldwide are obese, making up roughly 30 percent of the whole human race. Research shows that the rise of obesity from 1980 to 2015 has doubled. And in 2015, 4 million deaths were accounted for excessive weight, 70 percent of which were caused by heart diseases.

The rapid progression of the obesity epidemic worries experts since obesity has been linked to increased risk of debilitating diseases like type 2 diabetes, hypertension, heart problems, depression, cancers, and others.

Obesity, then, is not a matter of gaining extra pounds, it’s something humans have to deal with and work on to live healthier and longer lives.

With the advancing technology and scientific discoveries, experts could have provided easier solutions to reduce the rate of obesity. But such could not be the case since obesity is caused by lots of factors that are unique for everyone.

People’s genetic makeup, environment, and relationship to food vary. In short, some people gain weight more than others even if they’re exposed to the same environment or type of food. Some people are also able to lose weight faster than others while employing the same diet or fitness plan. These differences happen due to some factors that play significant roles in each individual.

To understand more about this, let’s take a look at the different factors that contribute to weight gain and why losing those extra pounds can be an endless battle for some.

Studies reveal that as early as in your mother’s womb, your tendency to get obese can be higher or lower. Researchers refer to this in-utero exposure as “fetal programming.” As a fetus, you’re more likely to get obese later in life when your mother smokes while pregnant with you. Another cause would be having a diabetic mother.

Researchers explain that these conditions could alter your metabolism, which may show up later in life.

Were you breast-fed right after birth? If yes, you need to celebrate. Your chances of becoming obese are slim. Studies reveal that babies who drink milk from their mother’s breasts for more than three months are less likely to become obese adolescents. 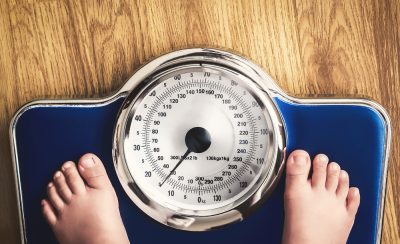 However, your childhood habits can also contribute to the likelihood of getting obese later in life. Exposure to sugary drinks, high calorie, and processed foods earlier in life has been associated with adult obesity because you’re likely to stick to these habits throughout your life.

Watching too much TV and having less physical activity as a child are also an initiation to a sedentary future.

Genes are the most influential contributory factors to obesity. Genes affect your appetite, sense of fullness or satiety, metabolism, body fat distribution, and food cravings as a stress-coping mechanism.

You have an 80 percent chance of becoming obese when both of your parents are obese. Your chances are still high even if only one parent or some relatives have excess weight. Having more obese genes makes it difficult for you to shed excess weight despite heavier and longer exercise regimen.

Researchers also reveal that some people have a lower predisposition to obesity. They are the people who are slow to gain weight despite eating calorie-heavy food and exercising little. This is one of the reasons why no size fits all in the weight loss journey.

According to experts, environmental factors account for the dramatic rise of obesity today. It is this outside force that drives people to eat more than their body needs.

High levels of stress and poor sleep also decrease your desire to exercise or move your body. You’re likely to gain weight when you eat more and exercise less.

Chemical exposure is another contributory factor to obesity. Obesogens, the chemical compounds that disrupt metabolism, can lead to the creation of obese cells. Research found that farmers exposed to farms sprayed with pesticides containing Tributyltin or TBT were more likely to get obese.

Compared to the previous decades, today, more food is available practically almost everywhere. From fast-food restaurants almost in every corner to shopping centers, sports stadiums, movie theaters, and even gyms. 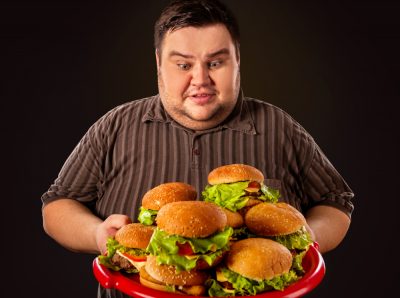 Even when you’re not hungry, the sight of food is enough to trigger your hunger hormones and increase your desire to consume food. Additionally, bigger portion sizes and high-calorie foods are at your fingertips.

When it comes to food, the trend now is the bigger, the better, which poses a big challenge when you’re trying to maintain a healthy weight.

Sitting for long hours and not having enough physical movement significantly contribute to obesity. Research confirms that people who watched TV for more than 4 hours were more obese compared to those who watched for 2 hours and less. Snacking while watching TV is another contributory factor to obesity.

While some people aren’t too concerned with their excess weight, you should not feel the same when you’re a male and are well into your golden years. Obesity not only accelerates aging, but it can also harm your testosterone levels.

The bad news is when you’re obese, fat cells metabolize testosterone into estrogen, leading to low testosterone levels. Low levels are associated with health issues including muscle wasting, bone and hair loss, and others. You should check your testosterone when you’re heavier than your peers.

However, there’s no need for you to freak out. Low testosterone can be corrected naturally by taking testosterone boosting supplements like UltraCore Power.

Take note, UltraCore Power takes care not only of your testosterone levels but also your energy and libido levels. It also improves peak blood flow, supports lean muscles and metabolism, and maximize performance, vitality, and vigor.

In short, UltraCore Power does more to help you unleash your full potential.

Visit the UltraCore Power official website and be the ultimate man you’ve always wanted to be.