Does a Vasectomy Affect Testosterone Levels?

Testosterone is a natural hormone found in the human body that is responsible for a lot of functions. In men, testosterone plays a crucial role in regulating sex drive, muscle mass, bone mass, distribution of fat, and the production of sperm and red blood cells.

As men get older, their testosterone production is decreased, and they may begin to notice a series of symptoms. These symptoms are typically subtle, but they need to be treated with the utmost attention. There are a variety of things men do that either affect their testosterone levels or not.

A vasectomy is a process that involves the cutting and sealing of the tubes (vas deferens) that transfer sperm to a man’s semen. The aim of this is to ensure that a man should not be able to impregnate a woman, which is why it is typically known to be a form of birth control.

While vasectomy is a theoretically reversible process, it doesn’t always work. This is why men are advised to undergo vasectomy only if they are sure that they no longer want to give birth to kids. Cutting off the vas deferens will prevent sperm from getting to the man’s urethra, which will make a man’s ejaculate incapable of causing pregnancy.

Vasectomy has been proven to be one of the most efficient birth control methods. According to studies, pregnancy occurs in less than 2 out of 1000 couples where the man had undergone a vasectomy.

A vasectomy must be carried out in a doctor’s office or a verified medical facility. Ensure that you speak to your doctor if a vasectomy is the appropriate method of birth control for you. To access the vas deferens, your doctor could either make two incisions on either side of the scrotum or make a small hole. After that, he cuts and seals the tubes. Doctors carry out this process under anesthesia.

It is sporadic for vasectomy to lower or increase testosterone levels. After undergoing a vasectomy, some men will still produce testosterone at a standard rate, while others might notice a decline in their testosterone production rate.

Most men usually ask how a vasectomy will affect their testosterone levels as they want to know how it affects the functions testosterone is responsible for in the body. Testosterone is essential for sexual performance, sperm maturation, muscles, brain, metabolism, and the production of red blood cells. 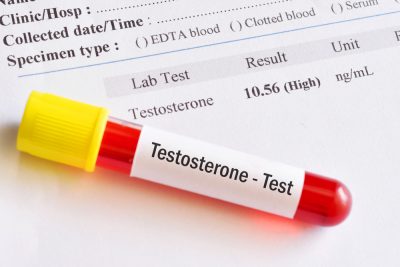 Testosterone is converted into other hormones needed by the body. Equally, testosterone also influences cortisol and growth hormone secretion, which is why it is crucial to maintain hormonal balance.

After a vasectomy, an autoimmune reaction will occur in some men. The sperm in the testes becomes stuck and won’t escape as the tubes are tied. Studies showed that in some men, the sperm is treated as an invader by the testes.

A man noticing a bit of testicular shrinkage is a rare occurrence. The development of antibodies to sperm in some men is also an issue. The antibodies formed in the bloodstream can make their way to the brain, where they have been found to cause a condition called Aphasia. If this condition occurs, a man could have problems with speech.

If a man does not have erectile problems before a vasectomy, it is almost impossible for him to start developing these problems post-surgery. The body is still capable of producing testosterone and other hormones that are responsible for regulating erectile functions and sexual pleasure.

Possible Complications of a Vasectomy

Although a vasectomy does not generally decrease testosterone levels, several other side-effects may occur following the surgery. Some of these side-effects are short-term while others are long term.

While it does not take time to carry out the surgery, it is normal to feel some pain and discomfort after that. If you notice pain after a vasectomy, then taking an over-the-counter pain reliever may help. You can also opt to wear supportive underwear to lift the testicles, as this would provide a bit of relief.

Discoloration of the scrotum

It is usual to notice bruises in the scrotum after undergoing a vasectomy. You shouldn’t be too worried about this as it is an issue that is resolved quickly. Some doctors recommend taking over-the-counter anti-inflammatory medications or applying ice packs covered in cloth to the scrotum every 10 to 15 minutes.

Following a vasectomy, you might begin to notice bleeding-relating issues for a short period. These might include hematoma or bleeding from the surgical site. A hematoma is a buildup of blood that applies pressure on other structures in the body.

Studies have shown that hematoma or bleeding occurs in about 4 to 20 percent of vasectomies. Although this is an issue that resolves naturally. 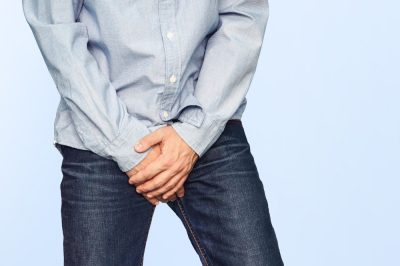 There is always a risk for infection any time incisions are made on the body. Your doctor needs to take some precautionary steps to avoid this. This includes wearing sterile gloves, washing hands, and cleaning the area.

You may notice swelling following a vasectomy due to a variety of reasons. Some of these reasons include hematoma, bleeding, or formation of simple postsurgical fluid collection. The swelling will naturally decrease with time. If it doesn’t subside after a long time, you should visit your doctor to drain the area.

Following a vasectomy, a man is expected to have nonmotile or negative sperm in their semen. In a few cases, the vas deferens that were cut off and sealed could grow back together with time.

Because of this, a man might suffer from a delayed vasectomy failure, and possible have sperm in his semen sample. Research proves that this rarely happens as it is only observed in about 0.05 to 1 percent of men who undergo the surgery.

A sperm granuloma is a collection of sperm that causes cysts or small bumps with a size range of 1mm to 1cm. These bumps don’t often cause symptoms, and a man might experience various lesions.

Some men may also start having pains in the granuloma areas. Studies have shown that about 15 to 40 percent of men who undergo vasectomy suffer from a sperm granuloma.

This is a complication of a vasectomy that rarely occurs. A vasovenous fistula is experienced when various blood vessels stick to the vas deferens, which becomes injured when a man has a vasectomy. This leads to the merging of blood, which would result in the development of a fistula. This condition shows symptoms such as blood in urine or semen.

Benefits of a Vasectomy

Vasectomy is one of the most proven permanent and efficient ways to prevent pregnancy. It is ideal for men who certainly don’t want to have children. A vasectomy doesn’t affect sexual activity or performance for an extended period.

It is easier and cheaper to carry out a vasectomy than female sterilization. So, couples that have decided not to have children should visit their doctor to discuss their options.