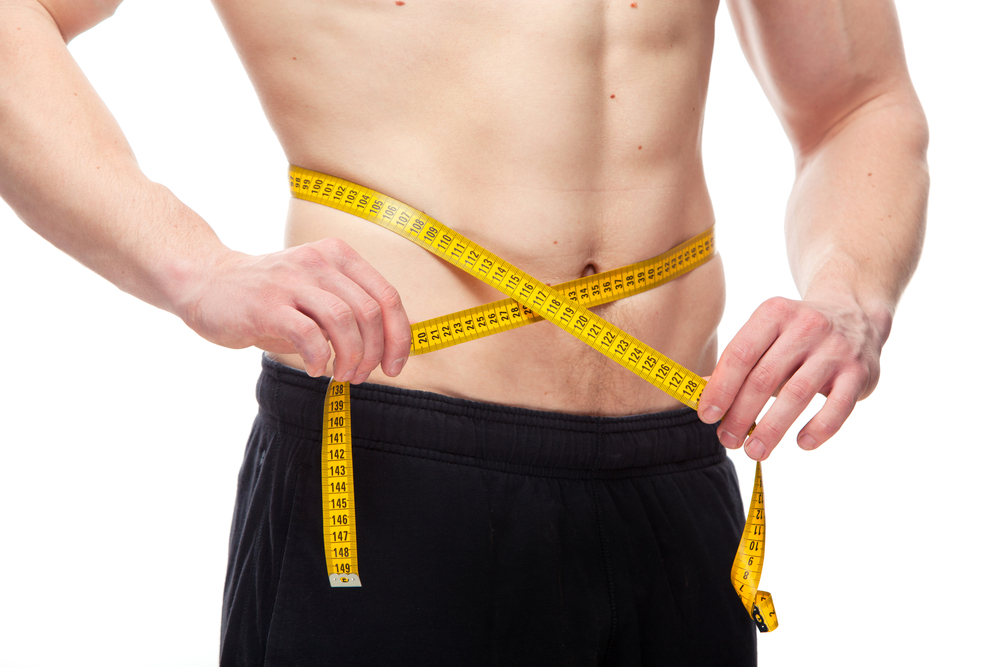 Can Testosterone Cause Weight Gain?

Joe Gates 0 June 5, 2020 6:26 pm
The Lowdown on Getting Tested for Erectile Dysfunction

Let’s look at the relationship between testosterone and weight gain.

Testosterone is an essential hormone in the body for every male. It is produced in the testicles. It is made by the testes when certain parts of the brain receive signals from the hypothalamus and pituitary glands that more testosterone is needed. These glands immediately send a message to the testes, and the production of testosterone begins.

Hormones are messenger molecules that play a significant role in the body system. They are released into the bloodstream, and it transports them to their target cells. When these hormones come in contact with compatible cells, it binds to the receptors on the surface and immediately affects their functions.

The primary role of testosterone is to promote males’ specific characteristics, deepening of the voice, increase in bone strength, muscle mass, and facial and body hair growth. The testosterone should be at adequate levels for the maintenance of male fertility and the maturation of cells.

Men depend on testosterone for everything, from building muscles to a deeper voice, and weight control can easily be added to that list.

However, testosterone production can reduce as a person ages, and many older men have symptoms of low testosterone levels.

How Deficiency May Lead to Weight Gain

Testosterone suppresses fat gain, and at the same time, promotes muscle growth.  As a result, most men who have a deficiency in testosterone tend to gain more weight than their peers.

Muscles naturally burn more calories than fat tissues, so a lack of muscles would put you in a position of eating more than required. And when this happens, your body tends to store the excess calories as fat. 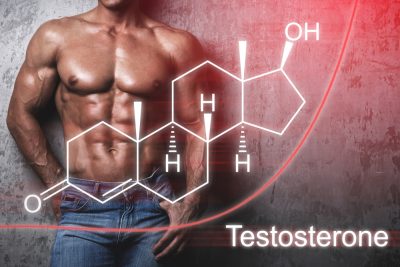 Some researchers believe that having a low muscle mass is the primary factor for testosterone deficiency leading to weight gain in men. Men with low testosterone have a higher percentage of weight gain than men with a high level of testosterone.

Low testosterone causes weight gain, especially in the mid-section. But you may wonder why that happens? The exact biochemical mechanism behind this change remains a mystery.

The Relationship between Obesity and A Decrease In Testosterone Level

Obesity in itself may also play a role in suppressing testosterone levels. Obesity is one of the risk factors that causes a lower than average level of testosterone in men. It holds the title as the most effective predictor of testosterone deficiency in men.

More than 70% of obese men suffer from a testosterone deficiency, characterized by abnormally low levels of testosterone – male hypogonadism.

Recent research has not concluded entirely as to why low testosterone levels are found in obese men, but most findings point to the following:

A Solution for Couch Potatoes

One reason low testosterone is linked with weight gain is that it takes away the “urge to exercise.” Low testosterone often reduces the motivation to do just about anything, including getting up from your couch to lift some weights and having a good workout.

Staying fit requires energy and drive, but if these are lacking, you are well on your way to gaining more weight than usual. This cycle can, in some cases, repeat itself over and over again until you put your health and metabolic balance in serious jeopardy.

However, even if you can finally drag yourself to the gym, having low testosterone can sometimes mean having low stamina. While this can be discouraging, it is essential to engage in it.

The best tip to combat weight gain with low testosterone is the same as people trying to lose some pounds. Stay on a diet, and do more of exercising; strive hard to lose some weight.

This makes a lot of sense because given the direct effect weight gain has on testosterone, when you lose fat, you interrupt the vicious cycle of losing testosterone when your pounds increase.

The recommended type of exercise is weight lifting or any other form of resistance exercise, but you would need to keep this up consistently for about four months to see a drastic change. This type of workout would help build muscles faster, thereby speeding up the rate of production of testosterone.  In addition to that, the body burns more fat during resistance exercise, promoting fat distribution and healthy weight gain. 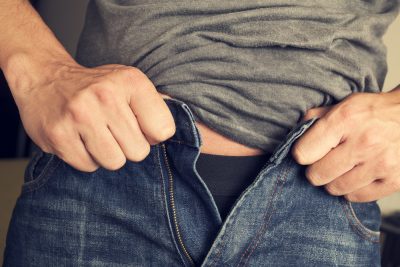 For an obese man to see his testosterone concentrations move up, he has to lose about 5 to 8 of his body weight.

Another tip is to avoid simple sugars, because excess sugar in your blood may lead to a reduction in your testosterone levels.

The more simple carbs you produce, the more sugar (glucose) your body produces. Limit your intake of sugar, white bread, pizza, or pasta, and go for complex carbs like beans and whole grains.

However, do not opt for starving yourself, because restricting calories can backfire on you. This may lead your body to burn its lean body mass, thereby reducing its total muscle mass.

Treating low testosterone would boost your overall health, and you would experience many improvements in your wellbeing. For instance, a certain percentage of men have erectile dysfunction because of low testosterone, and a study showed that “men, who lost 15% of their body weight, witnessed an improved erectile function.”