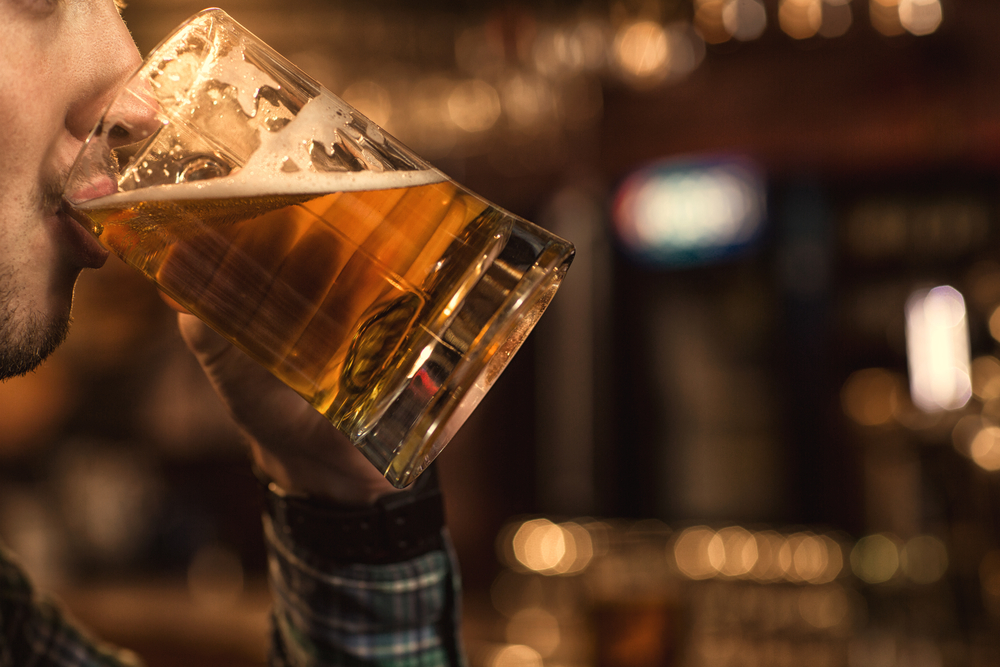 Joe Gates 0 June 9, 2020 2:06 pm
The Lowdown on Getting Tested for Erectile Dysfunction

An alcoholic drink is a drink that contains ethyl/ethanol alcohol. There are three types of alcoholic beverages generally, which include beers, distilled spirits, and wine. Typically, excessive drinking of alcohol has a negative effect on testosterone levels. Heavy alcohol consumption is generally harmful for the health, but as a man, it might also make you less manly.

However, regular and heavy intake of alcohol will eventually have a deteriorating effect on testosterone levels. Men that take alcohol regularly have lower than normal testosterone levels, which will have a variety of adverse health effects.

How much alcohol is bad for testosterone levels?

Knowing the amount of alcohol it takes to affect your testosterone levels is essential to maintain a healthy lifestyle. Research has shown that a moderate intake of alcohol, which is about two drinks per day, may result in slight testosterone reduction in men, which is not much of a concern.

However, heavy intake of alcohol (about five or more drinks in 2 hours), regularly or occasionally, has been found to cause more damage to testosterone levels and cause fertility issues. 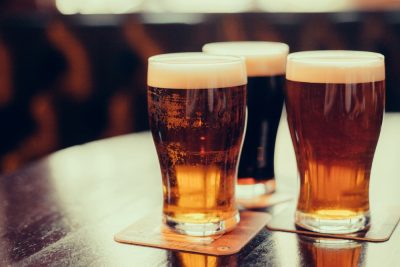 The conditions in which you drink alcohol should be of utmost importance. These conditions include the amount of alcohol intake, the high-calorie drinks consumed, and also the food that is eaten together with it.

Factors influencing the effect of Alcohol on Testosterone levels

There are a number of factors that influence how the intake of alcohol affects testosterone levels. These factors range from the individual’s age, their sex, and also the type of alcohol they are consuming.

The main chemical component that is found in alcohol, Ethanol, is found to be toxic to the male’s reproductive organ. If taken in large quantities regularly, alcohol can significantly decrease testosterone function, fertility, sperm count, and in a worst-case scenario, it could cause severe damage to the testes. This is why it is a common thing for men with AUD (Alcohol Use Disorder) to experience infertility.

Unlike men, women have an opposite yet a similar problem. Excessive intake of alcohol in women usually leads to an increase in testosterone levels. This, in turn, might result in the loss of some feminine sex characteristics and bring about an increased risk of infertility.

Several studies have shown that the effect of moderate intake of alcohol varies depending on the age of the individual, which is why alcohol consumption rate is to be reduced as you age. As men get older, they notice that their hormones fluctuate naturally, which can lead to more significant hormonal changes, unlike when they were younger. For people in their 40s and above, even moderate intake of alcohol can immensely affect their hormone production.

Some studies have shown that excessive intake of alcohol in women can delay the onset of menopause. If hormone disruption and other underlying health issues are involved, then binge drinking alcohol could prove fatal.

The Type of Alcohol being consumed

The type of alcohol being consumed plays a pivotal role in how it will impact testosterone levels. For instance, beer contains prolactin and phytoestrogen, which are two chemicals that increase estrogen levels and, at the same time, decrease testosterone levels. These chemicals are usually found in barley and hops.

Other alcoholic drinks that contain the estrogen-increasing chemical, phytoestrogen, include wine and some other liquors. Phytoestrogen is found in plants and can increase estrogen levels and have a negative impact on testosterone levels.

Side Effects of Low testosterone caused by alcohol

When testosterone levels are affected by the regular intake of alcohol, it can lead to a wide range of side effects. Alcohol can cause testosterone to be converted into estrogen, and having above normal estrogen levels can increase the risk of prostate cancer in men and breast cancer in women. 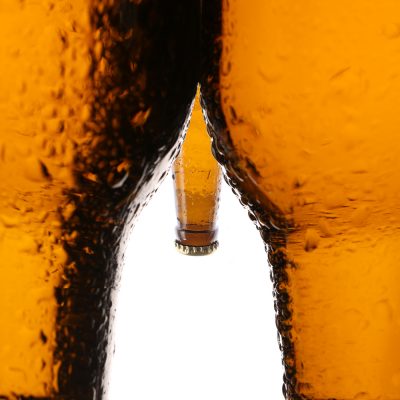 How to handle Alcohol drinking problems

Whether or not you can entirely cut back or stop your drinking, all depends on the level of your drinking problem. If you are not able to control your drinking, then it is highly advisable that you try to stop drinking entirely. If you don’t feel like you can fully stop drinking, you need to follow these tips as they would help you lead a healthy life.

Set up a drinking goal

Firstly, you need to set a limit for how much you will be drinking, and this is not supposed to be more than two drinks per day for a man and a drink per day for a woman. Write down your drinking goal and make sure it is in a place where you will often see it. You can choose to keep it on your phone or tape it to your refrigerator.

Keeping a record of drinking can significantly help you reach your goal. Every time you have a drink, write it down and also not how much you drank. When you review the results, you might be shocked at your weekly drinking habits.

Cut down drinking at home

It is a well-known fact that if you keep alcohol closer to you, then you might be more likely to have a drink now and then. Ensure that you either reduce or remove the amount of alcohol in your home. It is easier to abstain from alcohol if you don’t keep it around you.

If you must drink alcohol at all, then try to sip it slowly or take hourly intervals between drinks. You can also drink soda or juice between alcoholic beverages. It is not advisable to drink on an empty stomach, so ensure you eat before drinking.

Finally, try to take a week off from drinking. Record how you feel mentally and physically during this week. Once you can identify the benefits, it will help you to cut down alcohol for good.

Alcohol can lower testosterone levels, which will lead to some unpleasant and harmful symptoms. If alcohol causes your testosterone levels to drop drastically, then the first thing to do in order to gain hormonal balance is to reduce your alcohol intake significantly.

People that are faced with alcohol abuse and addiction problems will find it difficult to stop taking alcohol on their own. This is because when you suddenly quit drinking after a long period of heavy alcohol intake, you might experience some withdrawal symptoms, which is normal.

These symptoms become noticeable after hours of withdrawal, reach their peak in about a day or two, and start to improve within five days. In general, quitting alcohol is a huge step in enhancing testosterone levels.